Cargo Cult Testing (testing as ritual rather than science) 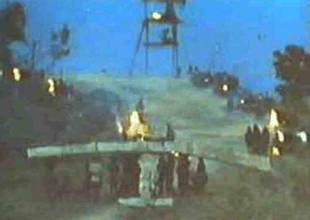 Richard Feynman popularised the idea of the cargo cult in his essay on cargo cult science, which was “science” that followed all the forms of scientific investigation, but lacked real critical scientific thought. The idea was transferred to the world of software courtesy of the Jargon File with its entry on cargo cult programming.

A style of (incompetent) programming dominated by ritual inclusion of code or program structures that serve no real purpose. A cargo cult programmer will usually explain the extra code as a way of working around some bug encountered in the past, but usually neither the bug nor the reason the code apparently avoided the bug was ever fully understood.

As someone who works in one of the more technical areas of testing, I see the same thing in the testing world too.

Functional testing is pretty straight-forward; ask a test manager why they are testing, they will probably say something like “we are seeing if the business functions work” (really smart test managers will add that they are seeing that the actions that are meant to fail do actually fail too).

But once you add a layer of technology, it becomes a bit harder to grasp. If your functional test regression suite is automated, then the quality of the testing is less easy for most people to see. Were the test cases that were automated good test cases to begin with? After a few months or a year, regression testing becomes a little bit like a ritual; you wave the magical testing tool over a new version of the application and declare it “tested”. Whether it is tested well is an entirely different question…and one which is unlikely to occur to those deeply involved in the ritualistic behaviour.

In the stress/volume/performance/load/reliability testing world things are even worse. Occasionally I visit companies that I have consulted at in the past to see how they are going with their testing. They generally know to run a peak load test for new builds (and platform changes) before applying the change to Prod, but if you ask a question like “have the transaction volumes changed in Production since I wrote the original Detailed Test Plan, and have the LoadRunner scenarios been updated to reflect this?”, you will draw a blank.

Performance testing during the maintenance phase of software frequently seems to degrade to a situation where the testers are more interested in whether the test cases and LoadRunner scripts still run successfully, rather than whether the test cases reflect reality or even cover the point of change that is driving the current round of testing. And a lack of understanding of what each test case is designed to test leads to wasteful re-running of test cases that are not impacted by a change.

Unfortunately I don’t really have any solutions for this besides companies paying me to occasionally come in and review their performance testing activities (which kind of smacks of self-interest).