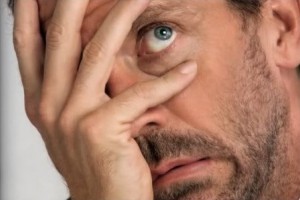 It seems unnecessarily obvious to even bother making the statement that “errors are bad”; surely this is an idea that everyone agrees with, like “crime is bad” or “you shouldn’t put your underwear on backwards”. But a lot of performance testers that I have worked with don’t seem to care too much about windows errors. A senior performance tester with more than 15 years experience at some of the largest companies in Australia recently said to me:

“Yeah, as long as the error rate is below 5%, I don’t bother putting it in my report.”

How could someone with so much experience be so wrong? How much bad advice had he given to big IT projects over his career? Did he really have 15 years experience, or just the same 6 months repeated over and over again?

Performance Testing is not just about response times

I know that most people call it “performance testing”, but a performance tester’s job is a bit broader than just measuring response times while the system is under load.

If response times are fine when there is no load on the system, but increase when the system is under load, this is a sign that there is resource contention, and threads of execution must queue while waiting for access to a resource (whether this is a slice of CPU time, or an allocation from the database connection pool, or whatever).

Hitting a resource limit (e.g. a max connections configuration setting) doesn’t always cause response times to increase; it can also cause errors, which might only happen for an instant (e.g. when garbage collection runs)

Another kind of problem that becomes apparent under load is related to threadsafety. Sometimes code (or architectural design decisions) mean that – deadlocks on the database. static java variables, using components that are not designed to be threadsafe. race conditions.
making a variable static (belonging to the class, rather than the object instance) in a Java class. as easy as accidentally putting the modifier “static” before a variable in a Java class, making it a class variable (that is shared) instead of an instance variable (that belongs to an oject).

Lots of people seem to have difficulty understanding errors if they are not consistent. If errors occur intermittently, they have a tendency to ignore them.

Here are some examples of errors I have seen:

These kinds of problems can be difficult to fix, but they are solvable; and the whole point of conducting a performance testing cycle for an IT system is to detect problems like this, and make sure that they are fixed.

The bottom line is: if you are generating load from the internal network (not the unreliable public Internet), then your performance tests should have a 0% error rate.

Not all software errors are created equal. I will care somewhat more if your aircraft control system has glitches (extreme turbulence, huh?) than if your ticketing system loses my booking.

I once worked on an e-commerce project where the website didnt’ work on Safari. The development team said “don’t worry, only about 5% of users have Safari”. The business owner quickly made it clear that he wasn’t keen on an instant 5% drop in orders when the new website was launched.

Even extremely rare errors can be a problem, if the impact is high enough. A 1 in 9 billion bug in the floating point division operation for Pentium processors was enough to force Intel to offer replacements in 1994, causing a loss of $475M.

An error may have consequences for:

If the error occurs in an obvious way, there might be a workaround (retry?) which reduces the impact but it shouldn’t be assumed that a workaround works until it has been investigated.

A performance tester working on an administration system for hospital patients found that approximately 1% of the “admit patient” transactions were failing with an HTTP 500 error. Without further investigation, it was decided that the impact was low, as the operator could just re-enter the data and re-submit if they got the error. No thought was given to whether it was actually possible to re-enter the data (Record locked? Duplicate record created? Partial record created?) or to the feelings of the operators who are likely experience the error a couple of times each week and have to ask the emergency room patient for their name/address/birthdate/medicare number a second time.

Most people are bad at maths

Percentages can be a little bit too abstract for the human brain to really grasp. For example, 1% seems like a trivially small number, but if you have a 1% error rate, and you are processing 50,000 orders/week, then you are going to have to deal with 500 irate customers per week (or 26,000 customers per year) demanding to know why you took their money but didn’t send them their product.

People tolerate behavior in IT systems that they wouldn’t accept from real people. Imagine a business person’s horror if there was an employee who would hang up on other people’s calls every time they walked through the call centre; or who would occasionally visit the fulfilment centre, unload a couple of boxes from the back of the delivery truck, unpack the box and put the items back on in the warehouse.

One of Australia’s largest companies spent billions on a new IT system. During performance testing, a small percentage of messages were timing out in the system and getting stuck on queues. Project management decided to switch over to the new system without waiting to fix the problem. Ever since deployment they have had a staff of 300 people (in a third-world country) whose sole purpose is to track down orders that are lost in the system.

As a performance tester you should help your stakeholders understand your test results and their consequences.

You are probably calculating your error rate the wrong way

Let’s do some maths…

Here is a table showing transaction volumes from a performance test (let’s assume that it has been filtered to show an hour-long steady-state period). For each order that is placed, the virtual user will perform 8 searches, and add 4 items to their shopping cart. Your task is to calculate the error rate.

Copy and paste it into a spreadsheet. Go on, I’ll wait…

If you did, then you are looking at it the wrong way. Over the hour, users attempted to place 1000 orders. 100 of these failed at the proceed_to_checkout step. At a business-process level, your application actually has a 10% failure rate.

If a business stakeholder is trying to make an informed decision on whether to deploy a new system or to delay (and keep burning money), then feeding them bad data can lead to (commercially) fatal business decisions. Most Performance Test Summary Reports that mention a specific error rate have calculated it the wrong way.

To make it easy to calculate error rates at a business process level, not just at a transaction level, you should put “wrapper” transactions in your LoadRunner scripts, so you can clearly see how many business processes were completed during your test, and how many passed and failed.

As a performance tester you should…

In addition to calculating your error rates correctly, you need to make sure that your automated tests are detecting all the errors that occur. This means:

Even if testers are dilligent in putting checks in their scripts, they will sometimes dismiss errors as being “due to the script” and not bother to investigate further. I worked with someone who was seeing a large number of intermittent errors for his SAPGUI scripts during a load test. The errors were ignored for weeks because they were thought to be due to GDI limitations on the load generators. When the tester finally organised more load generators to avoid the GDI limit, most of the errors went away…most. Legitimate errors had been hidden by the assumption that all errors were due to a known problem.

Don’t assume that you know the root cause of all your errors unless you have investigated each of them individually.

You should not be adding “noise” to your test results by using scripts that are unreliable and generate errors under normal operation. If you have unreliable scripts and are under time pressure, you need to let your manager know that you will need more time to properly finish your scripts.

Here are some examples of things performance testers do that generate errors: