Why HP is wrong about the Web Security Lifecycle

In my first post I gave a very brief overview of the web security testing products offered by HP. Unfortunately people’s understanding of where the products should fit into the software development lifecycle is still weak. This is even the case inside HP.

Here is a current slide from HP Software… 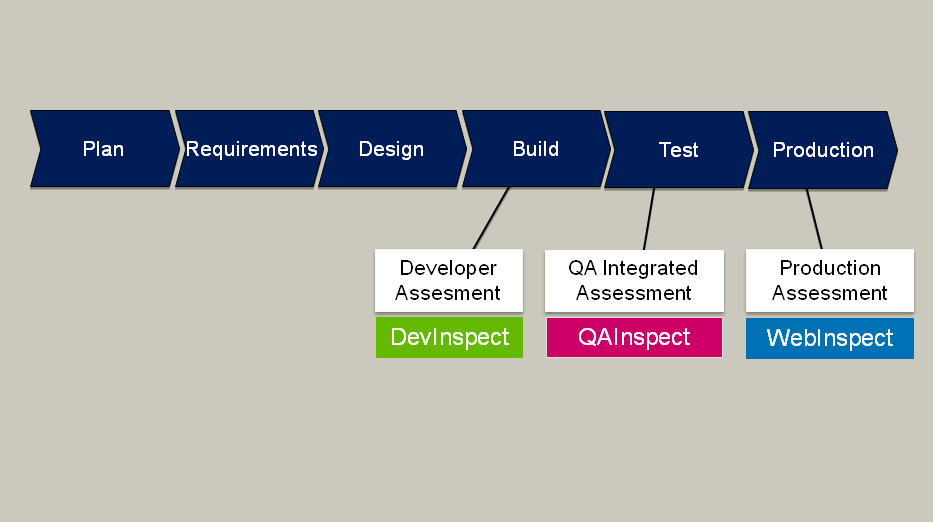 The obvious, glaring problem with this diagram is that WebInspect is being promoted as a tool to be used in Production. As someone who has spent a long time working in highly technical areas of testing, I have some huge problems with this, and most of my clients will not like this either.

The bottom line is…if you use WebInspect in Production, you are a cowboy and have no place in enterprise-class IT.

The obvious question is “Isn’t QAInspect already targeted at the Test phase? Why does WebInspect need to be used during this phase too?”. Well, I’m glad you asked…

First, let’s have a look at comparative pricing of these products for a single seat perpetual license. QAInspect is around 25% of the price of WebInspect, so obviously WebInspect is offering something that QAInspect is not. 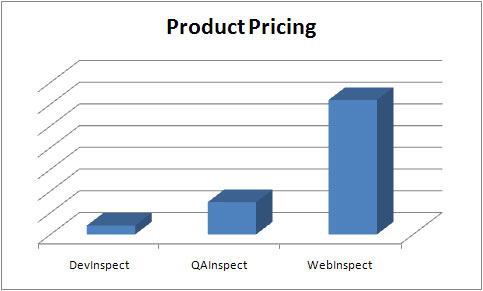 QAInspect is geared towards users who are not expected to have any understanding of web security testing. It is a fully automated push-button testing tool that is launched from Quality Center. It will scan an application for known vulnerabilities and execute heuristic attacks for some classes of problem (like SQL injection). There are many vulnerability types that are impossible to create automated tests for, and that is where a skilled security tester armed with a copy of WebInspect really shines.

This leads to some conclusions…